How Will You Weather The New Wave of DDoS Attacks?

Distributed Denial of Service or DDoS attacks are becoming a bigger and bigger issue. 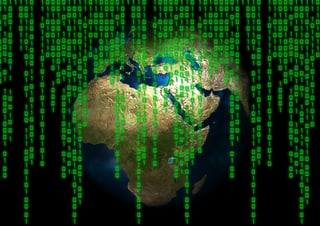 In some ways, DDoS attacks started out in the 1980s and 1990s as a kind of aimless tech game. But in the age of cyberwarfare and cyberattacks, the sophistication of the DDoS attack has grown. Now, hackers are everywhere — and they're setting their sights on larger and larger systems.

Although many of these hacking attempts are focused on big financial or government systems, businesses of all sizes, in nearly every industry, are fair game. Make no mistake: The hackers are coming for everybody.

The Growth of DDoS Attacks

DDoS attacks can even shut down a company’s entire Internet services operation, inundating networks with false traffic that makes it impossible for servers to respond to legitimate requests. Reports show that DDoS attacks of this sort can clock in at scopes of 400GB to 500GB per second. What’s even scarier is their rate of growth, estimated by SC Magazine to be about 13% from 2015 to 2016.

The other worrisome change to DDoS attacks is the motivation behind them. While reports show that most are launched to flaunt the cyberattack capabilities of aggressors, others are motivated by “hacktivism” or politics; or even to extort money from targeted companies.

Are DDoS Attacks Getting Easier?

There's also the idea that new technologies are making it easier for hackers to perpetuate DDoS attacks. One such element is the rise of “DDoS as a service,” a nasty twist to the off-premise services offered by CSPs. Botnets are also becoming larger and more powerful, enabling hackers to scale up attacks with relative ease.

There's no denying the trend: DDoS attacks are on the rise. And they're capable of bringing your network down. The best defense against them is to prepare for the inevitable.

This means assuming your network WILL be attacked, and then having a consistent incident response plan in place that kicks in when it is. And when it comes to cybersecurity technology, you need to look beyond conventional firewalls and other perimeter-based network monitoring tools. Because while they’re still useful for addressing some types of attacks, they’re powerless to stop threats that slip past them. That’s why it’s a lot more effective to deploy a “defense-in-depth” strategy with threat intelligence and multiple layers of protection between the firewall and critical servers— such as security sandbox tools and internal segmentation firewalls.

That's where Resilient Intelligent Networks comes in. A partner of Fortinet, we offer best of breed technology for every layer of a defense-in-depth cybersecurity architecture. From strategic planning to network design to technology deployment and integration, we can help you weather the new wave of DDoS attacks and anything else you may encounter in turbulent cyber threat environments.